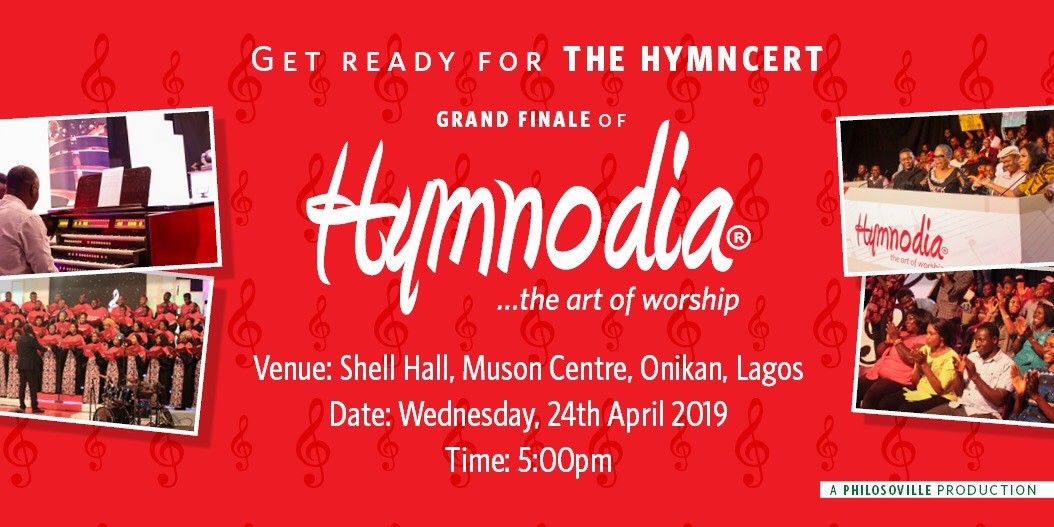 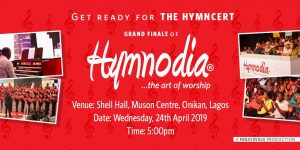 Nigerians gifted in hymns rendition have been rushing to file in their entries to meet the Monday, January 21, 2019 deadline for Hymnodia, an entertainment reality TV show aimed at redefining the perception on hymns and its culture.

Kufre Ekanem, Managing Director of Philosoville Limited, the initiators of Hymnodia, said: “after the closure of entries, shortlisted applicants will be invited to a physical audition in Lagos.” According to him, the audience across the country would be thrilled with flow of creativity of hymn performances during the 13-week TV show, while the winner would be announced at the grand finale of the contest on April 21, 2019. The winner of Hymnodia will win the ASAPH, N5million and a brand-new car.

Commending Philosoville for the laudable initiative, ace actor and former Commissioner for Culture and Tourism, Richard Mofe-Damijo, said Hymnodia is worthwhile and timely, as hymn culture should be reinforced and the skill nurtured in young Nigerians.

Popularly known as RMD, Mofe-Damijo revealed his favourite hymn as “Lord Dismiss Us with Thy Blessings” which he has cherished since his early days in secondary school and “Nearer, My God, to Thee” as a close second.  He affirmed: “Because of their significance, hymns are of immense importance to me because they are dedicated to the Supreme Being who we all owe life to. I don’t think there is anybody in this world who does not like “Nearer my God to thee”.

Hymnodia, which would be an annual initiative, seeks to revive the hymn culture and worship as a critical element of what cohesive societies require. It revolves around members of a world-class choir who contest to showcase their skills as singers, writers and hymnodists, while collaborating to render soul-lifting renditions together.

THE MARK OF A LEGEND