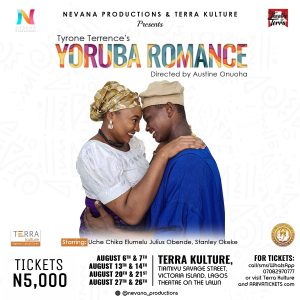 Yoruba Romance is a Romantic comedy that presents to us the challenges of inter tribal marriage. The play presents in a comical way some of the cultural differences that facades as a limitation to national unity.

Brought to you by @nevana_productions