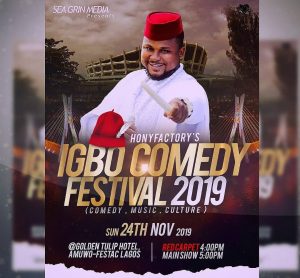 IGBOs are unarguably some of the most hardworking tribes of the world …their resilience is second to none …they account for 40% of Nigeria’s  200million  population, they see possibilities even in an impossible situation , they are positive minded people , their business acumen is second to none …an Igbo man doesn’t think of failure it simply doesn’t exist in his dictionary ,they are solution drivers , innovators , inventors and sharp fast thinkers , they have a crisp ,bankable thought processing mechanism , they are fast learners as such they adapt soo easily …same reasons it is often said “wherever you go and you don’t find an Igbo man you should pack your bags and leave ” ..they are developers and nation builders , they have a royal life style with a touch of extravagance ..they work hard and play harder …among  them are some of the best brains ever known to mankind …they travel far and wide but never gets disconnected from their roots …they cherish and hold their culture ,traditions ,belief and values in high esteem and pass it down from one generation to another ..they love one another to a fault that explains why an Igbo man empties his entire village once his business is doing well in any city he will pick up his village boys n fix them up in same line of business without the fear of them doing better or becoming richer than him …their success stories abound across all human endeavors from business to industries /manufacturing , politics to medicine ,inventions, science and technology , ICT , Education entertainment ,real estate and much more …these and a million more reason are why we chose to celebrate the Igbo race on the 24th of November through Comedy, Music ,Drama , Dance ,Igbo poetry , tagged IGBO COMEDY FESTIVAL the first ever IGBO STAND UP COMEDY SHOW delivered in igbo language , it will be an experience second to none , an assemblage of captains of industries ,music and movie stars , politicians , technocrats ,leaders of groups  and unions , press ,business men and woman of high repute ,celebrities of all classes cutting across various vocations and professions , this is one event you can’t afford to miss !!